Why do some countries have better living conditions and respect human rights while others resort to tyranny? In 2018, Timothy Snyder, an American author and history professor at Yale University, published an analytic essay about Russian religious and political philosopher Ivan Ilyin. Ilyin formed the metaphysical and moral justification for totalitarianism and provided future Russian leaders with the outlines for a genuinely fascist state, a certifiably fascist Russia.

In this summary, you will learn how the concept of Russian fascism was born and why it has been widely popular and acknowledged by Russian supremacy after the Soviet Union collapsed.

‘Ilyin shows us how fragile masculinity generates enemies, how perverted Christianity rejects Jesus, how economic inequality imitates innocence, and how fascist ideas flow into the postmodern. This is no longer just Russian philosophy. It is now American life.’

Chapter 1: The talk between the Russian, Satan, and God or how Russian fascism was born

Russian philosopher Ivan Ilyin wasn’t an ordinary Christian. He believed that God constructed the world to complete himself but instead released original sin and hid in shame. For Ilyin, modern society, with its pluralism and civil rights, with all people’s thoughts and feelings, only gives Satan more power while God is in exile. Ilyin saw history not as a logical explanation of the present world but as a disgrace, meaningless and sinful. The last hope was a righteous nation following a leader into political totality, becoming one immortal living organism.

‘Because the unifying principle of the Word was the only good in the universe, any means that might bring about its return were justified.’ 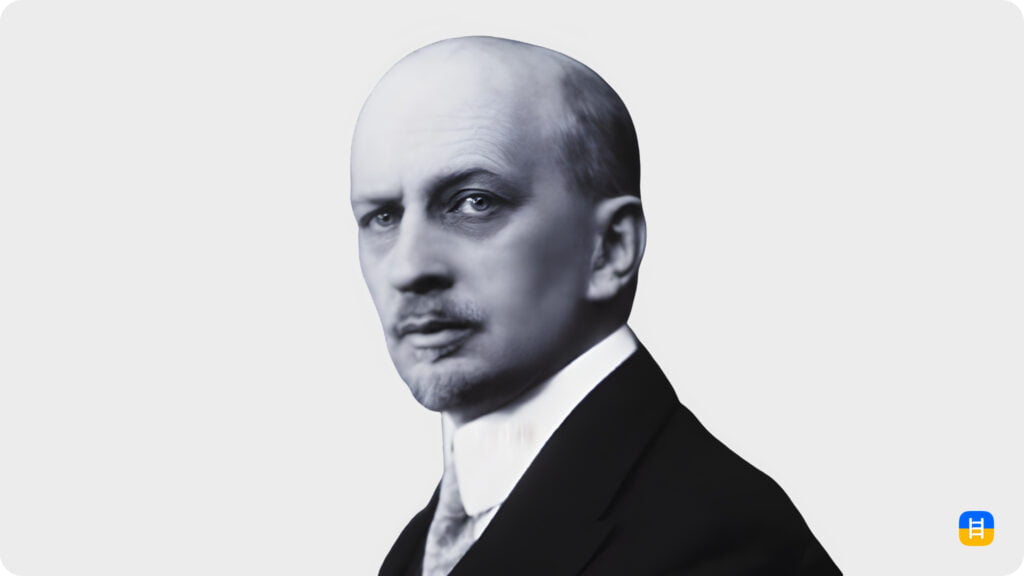 The Russian Federation emerged after the crash of the Soviet Union, long after Ilyin’s death. Today, it still has not confirmed the rule of law as the principle of government. Moreover, Russian supremacy follows Ilyin’s ideas precisely and creatively. According to Ilyin, the failure of the rule of law was to become Russian morals of the 20th century. In the next century, Russian leaders used his ideas to turn economic inequality into national virtue.

⚡Vladimir Putin, the current President of Russia, uses Ilyin’s thoughts about geopolitics to move the focus from Russia’s internal problems to the expansion of this morality abroad.

Thanks to Ilyin’s conversion of international politics into a “spiritual threats” debate, Russian supremacy now describes the United States, Ukraine, and Europe as existential threats to Russia.

Chapter 2: The philosopher’s background as the key to understanding his philosophy

Russian philosopher Ivan Ilyin was born in 1883 to a Russian nobleman father and a German Protestant mother who converted to Orthodox. Ilyin studied philosophy in Moscow, where he discovered the ethical thought of Immanuel Kant (1724–1804). But Ilyin still couldn’t imagine Russian people as the creatures Kant described: humans with powerful minds that allowed them to make meaningful choices. Another philosopher who drew Ilyin’s attention was Hegel (1770–1831). Ilyin even proclaimed “Hegelian renaissance” in 1912; it gave him hope that time would fix all disagreeable tensions.

But Ilyin became disappointed with the Russian peasantry and people who lived in cities because of their “sexual perversion.”

⚡ Ilyin doubted that historical change depended only on Spirit.

In 1913 he put forward a theory that perversion was a Russian national syndrome and turned to Sigmund Freud (1856–1939), offering himself as a pioneer of national psychotherapy. By World War I, Ilyin believed he could observe “a metaphysical reality through a physical one” and wrote a dissertation about Hegel. He was sure that Hegel meant “God” when he wrote “Spirit” and that God had created history, but he was blocked from influence.

An intellectual exchange between Ilyin and Lenin began in 1917 after Lenin helped Ilyin evade Cheka’s, the Bolshevik security force, arrest. They both agreed on Hegel’s promise of totality but had different views on many other things. Lenin was an atheist and thought the main conflict was between the bourgeoisie and the proletariat. But he never questioned that there might be a good side of human nature trapped in history. For Ilyin, the act of God creating a world was the original sin, and there was nothing good in the past or in human nature.

‘Without Lenin’s revolution, Ilyin might not have drawn right-wing political conclusions from his dissertation.’

Lenin’s revolution had proven to Ilyin that the world was as sinful as he thought. So, Ilyin concluded that a great political transformation could only begin in the realm of fiction. He suggested that the nation needed powerful heroes willing their authority to start its rebuilding.

‘It was an ideology awaiting a form and a name.’

Chapter 3: Ilyin cherished Mussolini and was disappointed that the Italians had invented fascism and not the Russians

Ilyin left Russia the same year the Soviet Union was formed and went to Italy, where he was captivated by Benito Mussolini, who brought the fascist regime to life. Ilyin believed that bold men could change a flawed reality with bold actions. In his opinion, the words of Jesus: “Judge not, that ye not be judged” were the words of a “failed God with a doomed Son.” And conversely, the virtuous man saw absolute good and evil and could name the opponents to be destroyed.

⚡ Ilyin believed each day was a judgment day, and those who don’t kill their enemies when they have such an opportunity would be judged. And until God returned, Ilyin was the one who decided who those enemies were.

To “love one’s enemy” also meant the opposite. For Ilyin, love meant totality. Christianity was the way for a right-seeing philosopher to spread violence in the name of love. He justified the murder of foreigners so a nation could initiate the totality politics that might later get God back. Ilyin didn’t support Bolshevism as it was not the cure for the imperfect world but rather the culmination of its disease. Thus, Soviet and European authorities must be removed by fierce coups d’état.

Ilyin was concerned that Russians weren’t the first to apply fascism. In 1927 he tried to show Russian supremacy by connecting the White opposition to the Bolsheviks as the beginning of the fascism movement in Russia. Ilyin referred to them as “my White brothers, the fascists.” He believed that the “White Spirit” was everlasting and made arbitrariness patriotic.

Ilyin supported Mussolini and Hitler at the beginning of his rule. He wrote that Europe was destined to die, and only such leaders as Mussolini and Hitler could save it from destruction. At first, he thought that Nazis and Russians must share a “Spirit,” but after World War II, he changed his mind and presented the war as a Western attack on Russian purity. 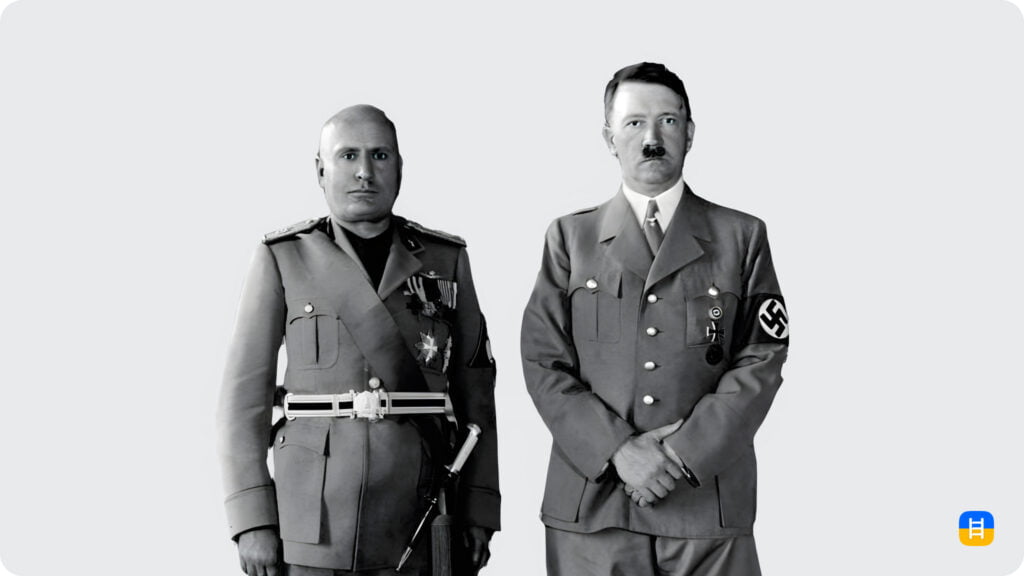 Chapter 4: The recipe for the ideal national dictator and his rule

Ilyin completed his theory of fascism, concluding that Russia was the only unblemished nation in the world. From a small region around Moscow, Russia evolved into an ideal empire. As Ilyin believed, it expanded without attacking anyone but was constantly under attack from all sides. Russia was the victim because other countries did not get the virtue it was defending by seizing more land.

⚡Ilyin didn’t care about facts. He made it clear that Russia was innocent no matter what it had done and that the Russian version of reality was indefinable Godliness.

Moreover, Russia was one living organism without individuals or constitutions. Ilyin published “Our tasks” as a set of political essays and constitutional recommendations reviewed and used later by Vladimir Putin. He portrayed the ideal national dictator and his rule as such:

‘Ilyin’s conception of Russia’s political return to God required the abandonment not only of individuality and plurality, but also of humanity.’

The future Ilyin described for his posterity was not about the freedom of individuals; it was a “freedom” for them to identify themselves as parts of a whole.

Chapter 5: How Putin brought Ilyin’s ideas to life and how dangerous this is

Ilyin’s hopes for the religious totalitarian state have failed. But he helped Vladimir Putin to form the authoritarian kleptocracy Russia is now.

Putin is a former KGB officer who served in GDR, Eastern Germany, which was once controlled by the Soviet Union. He became a prime minister in 1999 and immediately started a war with Chechnya. In 2000, Putin was elected president and served until 2008, when he appointed his follower, Dmitry Medvedev,  president.

⚡ Putin returned to the position after four years and is currently the president of the Russian Federation, totaling 17 years of his absolute rule.

Putin transformed corruption into an official kleptocracy. Vladyslav Surkov, the master of Russian propaganda, used the Western trend for infotainment to create its reality and develop faith in Russian purity.

In 2005, Putin and Surkov began citing Ilyin, naming him “Kremlin court philosopher.” Dmitry Medvedev recommended Ilyin’s work for Russian youth, and many stories written with his ideas in mind dominated the television. 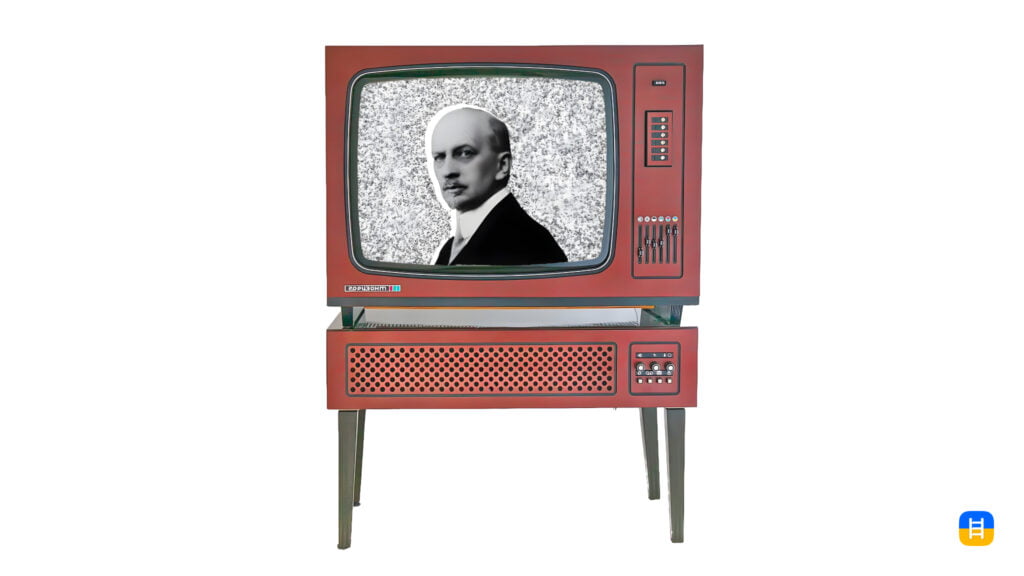 ‘Ilyin has been cited by the head of the constitutional court, by the foreign minister, and by patriarchs of the Russian Orthodox Church.’

When Putin became president again in 2012, his policy wasn’t about strengthening the law in Russia; its primary goal was to defeat the neighboring countries that succeeded their own. The rule of law was part of Western foreign culture, and it was wrong, Putin claimed. So, Russia should overcome it and extend “from Lisbon to Vladivostok.”

Thanks to Ilyin, Russian leaders consider the former Soviet Union to be Russia itself. 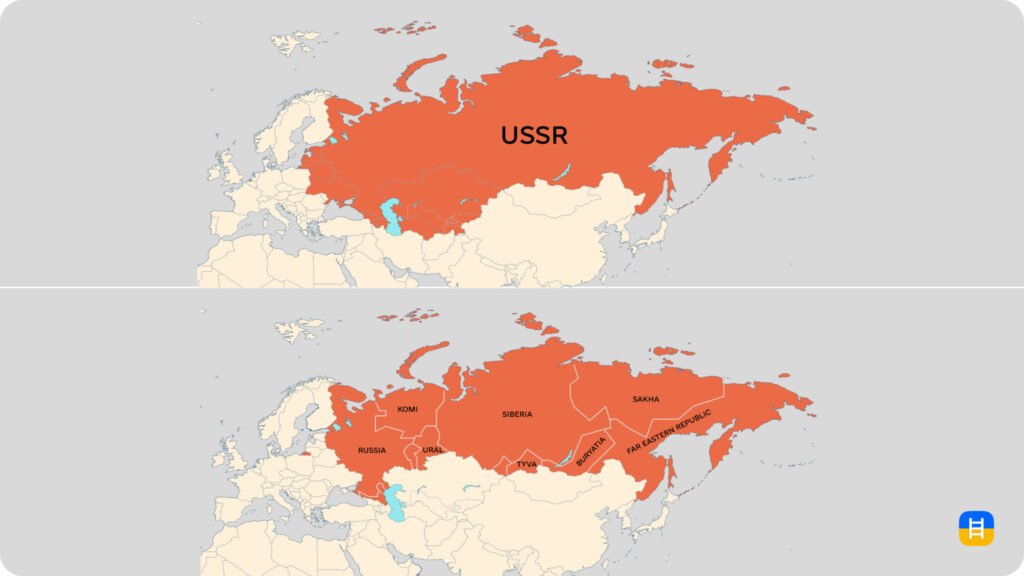 ⚡Ilyin wrote about Ukrainians in quotation marks because Ukraine, as he believed, was a part of the Russian organism, and it could not be divided. He also took any mention of Ukraine as aggression against Russia.

Since 2012, Russian policy towards Ukraine has been built on Ilyin’s principles, considering the annexation of Crimea and the invasion of Donetsk and Luhansk in the summer of 2014. Ilyin would have agreed with the final goal of this war.

‘If the world were saved from demonic constructions such as the United States, it would be easier for everyone to live. And one of these days it will happen.’

What is crucial is that Vladimir Putin came from the realm of fiction, as Ilyin predicted.

‘Russia was an immaculate empire, always under attack from all sides. A small territory around Moscow became the Russian Empire, the largest country of all time, without ever attacking anyone. Even as it expanded, Russia was the victim, because Europeans did not understand the profound virtue it was defending by taking more land.’ 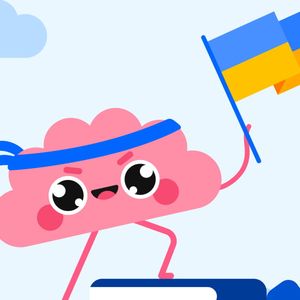 War in Ukraine: Why, When, and How 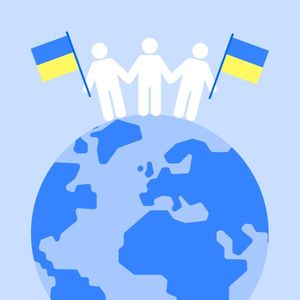 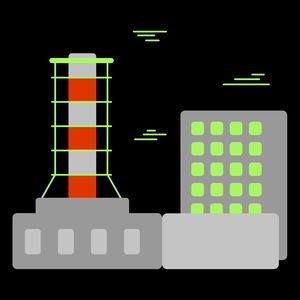 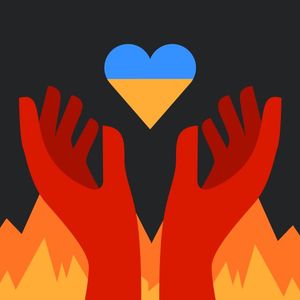