When people perform an action consistently over a period of time, it becomes a habit. It can be mind-boggling to understand the processes that people undergo to develop their many habits. It isn’t by accident or witchcraft; the brain recognizes and processes certain actions with the promise of a reward at the end. Nobody is born with good or bad habits; everyone forms their habits as they go through life day by day.

“Every aspect of our lives, so far as it has a definite form, is simply a collection of habits.”

In this summary, New York Times bestselling author, Charles Duhigg, takes you on a fascinating journey, full of insightful examples and scientific evidence. He shows you just how a small, seemingly unimportant action can become something ingrained in your unconscious. “The Power of Habit” also gives you the power to change your negative habits and turn them into positives. 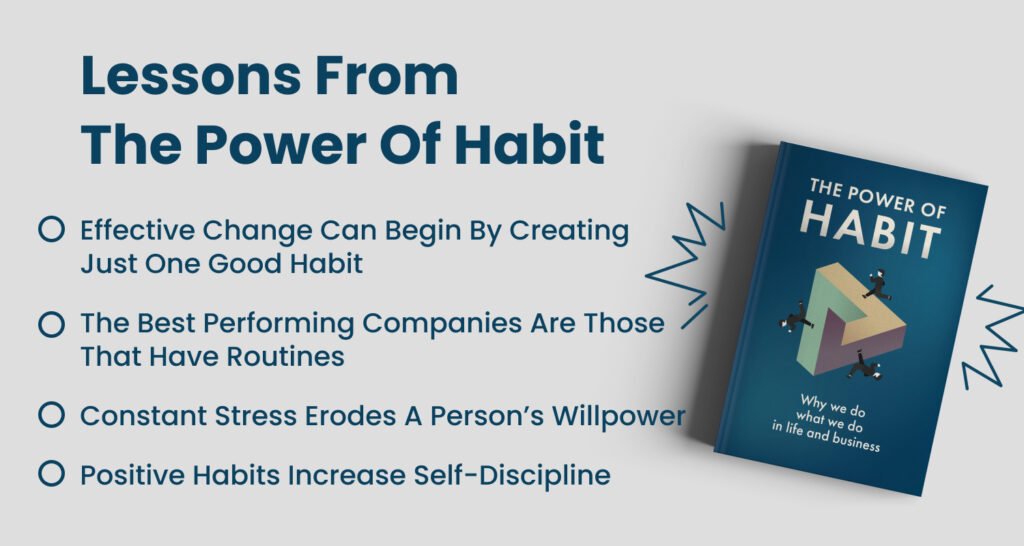 Chapter One: Your habits may be the difference between your successes and failures

Studies showed that 40% of the things we do daily do not require us to make any decisions, but they are habits that we have formed over time.

While we like to think that we have control over all our actions, our habits control us to a large extent. The good news is that habits are not permanent. You can change a bad habit even though it may take a lot of time and effort. 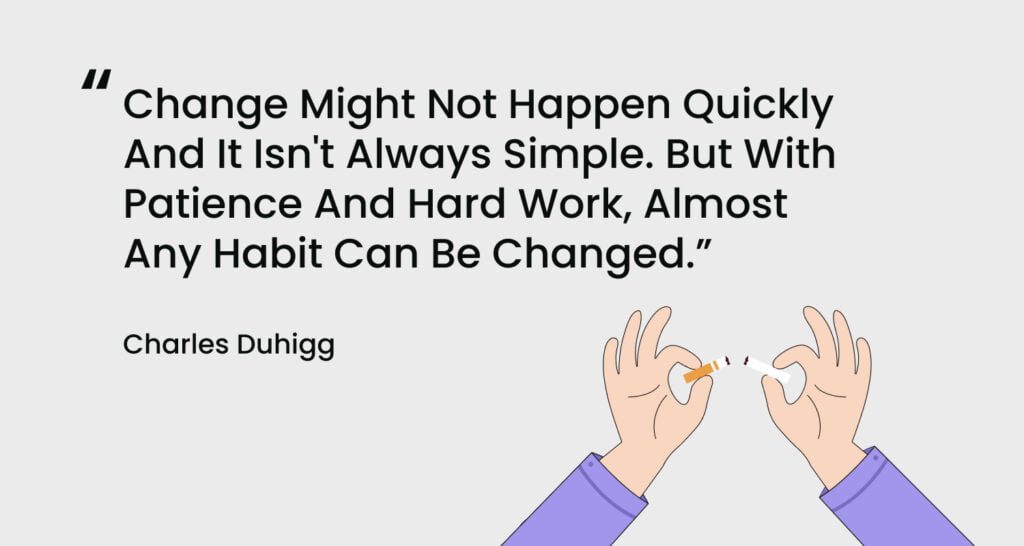 Duhigg’s work for the media in Baghdad piqued his interest in the study of habits. In his opinion, the U.S. military is a huge experiment into habit formation because they perform the same actions every day. He noticed that the soldiers were precise in their actions because of the training they received daily, and this led him to research habits and how they can change our lives.

Nobody can change your habits for you; you have to choose desirable habits each day.

Keep reading to find out more information from Duhigg’s research and how you can control your life by changing your habits.

Chapter Two: Habits ensure your brain does not expend too much energy

The brain is a complex organ, but it’s always looking for ways to try and save you energy and effort. This is where habits come in because they are done without much thought.  Once a habit is formed, the decision-making related to that habit slows down and stops. If you decide to change the habit, the process of learning begins again. 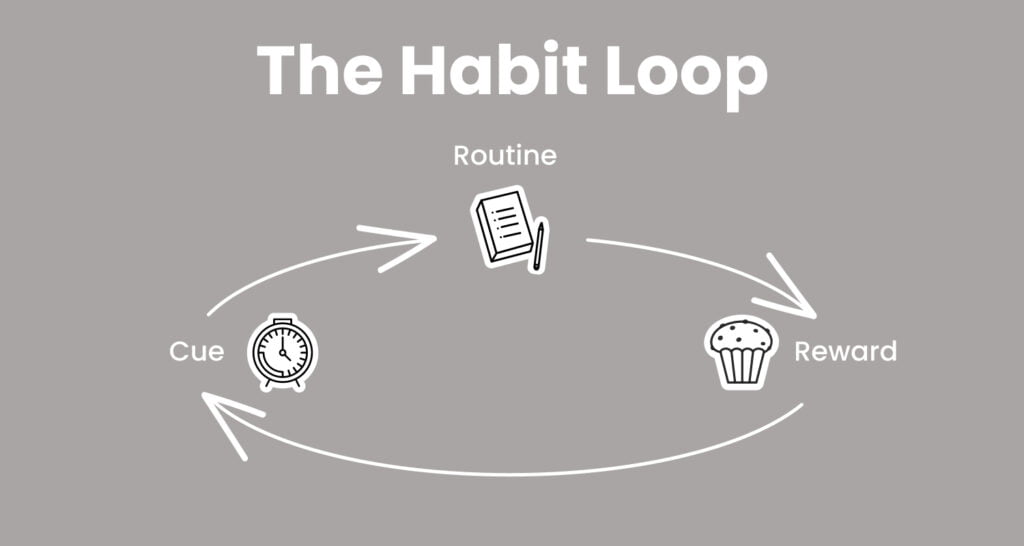 Researchers in the cognitive sciences department of the Massachusetts Institute of Technology conducted studies on sedated rats. These studies were aimed at learning more about habit formation and the important processes involved. These studies began in the 1990s when the researchers developed an interest in a deep part of the brain called the basal ganglia.

Every part of the brain controls specific activities in the body.

The basal ganglia are located close to the brain stem and are one of the most primitive parts of the complex brain. Although it’s almost the same size as a golf ball, researchers have been trying to fully understand its multiple functions for years. The research on the rats revealed many pieces of information that were previously unknown. Research showed that the basal ganglia play a vital role in understanding and remembering patterns, and in forming the behaviors linked to them. It is also the storage house for habits during waking and sleeping hours.

Chapter Three: Habits are not magical; they are formed through a process

Before a habit is formed, it has to go through 3 steps — the habit loop: a cue, a routine, and a reward. These steps not only form a habit but also provide the necessary motivation needed from the start of habit formation to the end.

The cue is a trigger, something that pushes your brain into autopilot, and then also decides the habit to use at that time. A routine can be physical, mental, or emotional; it is the way your brain recognizes a habit after a few trials. The last step is the reward. This determines whether or not an action deserves to become a habit.

The brain responds faster to a trigger only when it deems it worthwhile.

A cue can be anything in a person’s environment, but the routine can either be complicated or easy. In the end, the reward usually feels pleasant to the physical body and this forces your brain to take note of this good feeling. Imagine you’re driving home from work and your children are hungry but you don’t know what to make for dinner. You see a Mcdonald’s around and you think it’s the perfect solution, so you buy some food.

Due to your tight schedule, eating out eventually becomes a habit even when you didn’t intentionally make that decision. You’ll keep going back to McDonald’s because your brain recognizes the reward of not having to cook dinner — a fast meal which is also cheap. Whenever you see the McDonald’s sign from that point, you’ll be tempted to go back. This is all part of the habit loop.

Did you know? The most common bad habit is nail-biting.