The concept behind the distribution of wealth in a nation can be a daunting one to understand. Adam Smith gave us the first glimpse into a simplified version of wealth’s national dynamics in 1776. His publication, An Inquiry into the Nature and Causes of the Wealth of Nations, is ever relevant. On the other hand, the book Why Nations Fail by Daron Acemoglu and James Robinson contains contemporary accounts of how nations thrive (or otherwise).

You may expect this book to contain the usual boring figures and charts peculiar to economic treaties. On the contrary, Why Nations Fail is both educative and enlightening. It unravels the mysteries behind nations having similar resources but faring differently in affluence.

So close yet so different

It is easy for people with a keen sense of analysis to realize that countries with the most resources are not necessarily the richest. In Why Nations Fail: The Origins of Power, Prosperity and Poverty, Daron Acemoglu and James Robinson endeavor to analyze the disparities between the developed and developing nations. The height of irony is that some under-developed countries on earth have more resources than the United States.

Forthwith, Why Nations Fail reveals the nature and causes of disparities in nations’ wealth using practical examples like the two Koreas. South Korea and North Korea have a similar culture; they sport the same resources and climate. In the many years since the two nations became independent of the other, the Southern territory is doing better economically.

Commentators have come up with diverse theories about the cause of variations in nations’ wealth status. One of such widespread views is the proposition that developing countries crystallize around sub-Saharan Africa. Also, the theory assumes that rich nations are located in regions around the commonwealth of Britain.

Why Nations Fail knocks off such speculations by citing some cases of penury in the regions purported as rich by the geography hypothesis gospelers:

Other misleading theories that the book thoroughly thrashes out are the culture hypothesis and ignorance hypothesis.

The making of prosperity and poverty

“THE CONTRAST OF South and North Korea, and of the United States and Latin America, illustrates a general principle. Inclusive economic institutions foster economic activity, productivity growth, and economic prosperity. Secure private property rights are central, since only those with such rights will be willing to invest and increase productivity.”

“Open markets offer the only realistic hope of pulling billions of people in developing countries out of abject poverty, while sustaining prosperity in the industrialized world.”

The kind of international trade a nation engages in may equally improve the local economy. Importing products like machinery and equipment into the country could improve production.

Overall, Why Nations Fail marks the political institutions as the direct custodians of the wand that manipulates the national economy. The book cites several examples of nations in which dictatorial governments have adversely affected the economic institutions and caused trade barriers.

What are inclusive and extractive institutions?

According to Why Nations Fail, South Korea and the United States are good examples of countries with inclusive institutions. These institutions allow a lot of people to participate in economic activities, with minimal government interference. To qualify as inclusive, economic institutions must provide secure private property, a level playing field, freedom of business or career choice, and an unbiased law system.

It is possible to experience economic growth in a nation with extractive institutions. However, such a change will have little or no benefits for the masses. On a broad scale, the country will have a high Gross Domestic Product (GDP). But the citizens’ standard of living may remain deplorable.

Colonial Barbados is a good illustration of a nation experiencing economic growth while having extractive institutions. Well over half of Barbados’ population were slaves. The elites that determined the polity of the land were less than twenty percent and accumulated all Barbados’ wealth. A strict monopoly was in place; it controlled the country’s sugar plantations, judiciary, landed properties, and even the slaves. Hence, an increase in sugar’s global price was of no consequence to an average slave working the sugarcane plantations.

To achieve well-rounded growth in any nation, people have to facilitate inclusive institutions; in both the political and economic arenas.

Most heads of political institutions are educated or exposed enough to understand the implication of their actions or inactions concerning their nation’s economy. Some of these leaders pay regular visits to prosperous countries, and some even invest in them. The question then arises: “why don’t dictators and heads of national political institutions, in poor nations, set up economic institutions that would increase the national wealth?” Here is just a summary of Daron and James’ submission about this in Why Nations Fail:

“Economic institutions that create incentives for economic progress may simultaneously redistribute income and power in such a way that a predatory dictator and others with political power may become worse off.”

So, this is where power surfaces in the equation. Leaders running extractive institutions will be naturally docile about policies that may cause their influence and power to wane.

Under the complexity of even the smallest nations globally, it may not be easy to pin the backwardness or success of the economy on a single factor. Why Nations Fail may not suggest a surefire solution to poverty in all nations. However, it educates you on the likely causes of such regression, where one exists.

In this age, it would be a lazy poise to remain ignorant about your nation’s economic standing and the world at large. Go to our Headway library to learn all the insights available in Why Nations Fail. 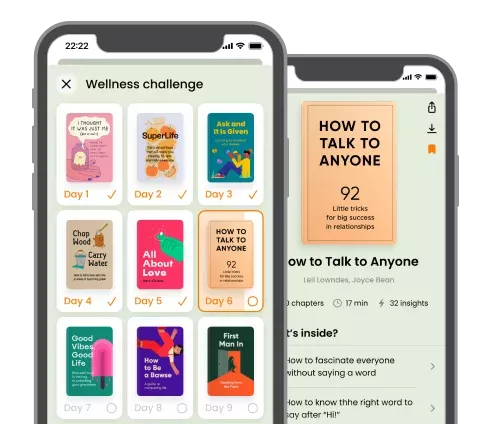